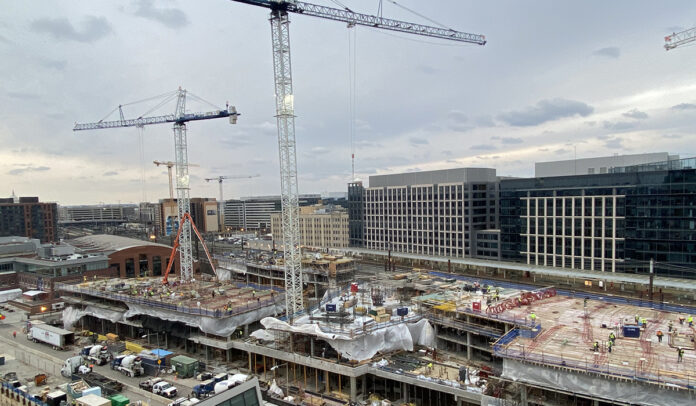 Clark Construction Group posted a Tweet on Feb. 13 saying its concrete team recently topped out the two-level podium at the Armature Works project in Washington NoMA neighborhood, “a milestone that enables the project’s three towers to begin rising simultaneously on their own schedules.”

TrammellCrow says the project includes about 640 apartment units, 60,000 sq. ft. of ground floor retail, and a 200-room hotel. “These components will be woven together by a series of urban open spaces and pocket parks totaling approximately 46,000 sq. ft. Components of the open space will be a large public plaza that provides a location for a future pedestrian tunnel that will connect directly to the NoMa-Galludet U. Metro stop, and a public plaza along M Street across from the Uline Arena.”

Hiring still a struggle as construction adds 16,000 jobs in August