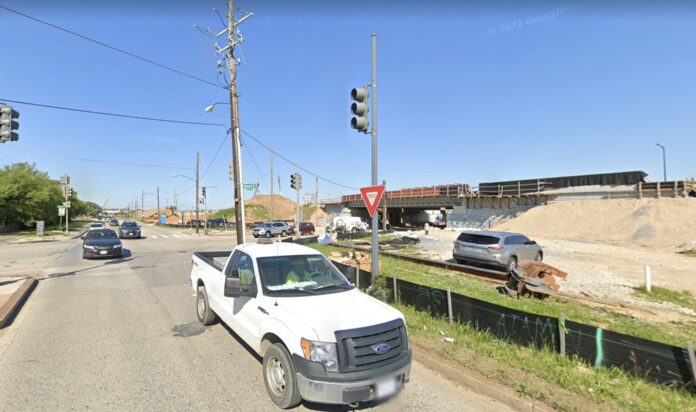 A worker flagging traffic at a construction zone was shot on April 20 in Southeast Washington, D.C., police said.

Police said the victim was holding a stop/slow sign as crews worked on a road outside the Anacostia Metro station on Howard Road SE. just before midnight.

Police say someone rode up on a rental bicycle and shot the victim twice, striking his left leg, police said. Officers were called about 11:55 p.m.

Police said the district’s gunshot detection system, ShotSpotter, observed four rounds fired at 999 Howard Rd. SE. Workers at the site confirmed the incident. DC Fire and EMS took the victim to the hospital — he was breathing and conscious when he arrived, police said.