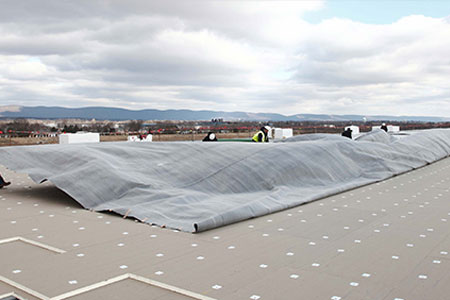 A coalition of industry trade associations based in Arlington, VA, representing contractors, consultants and manufacturers in the U.S. and Canada, has completed its second quarter 2022 Market Index Survey for Reroofing. The survey takes the pulse of the reroofing industry on a quarterly basis and serves as a regular barometer of the industry’s business conditions.

The survey results indicate general optimism for most market segments (as measured by a value greater than 50 in the respective index) though each index trended lower compared to the prior quarter. The customer inquiry index for the steep slope business segment turned negative for the second quarter dropping to 41.2 from 55.0 the prior quarter.

Some topline excerpts of the survey include (note: totals may not equal 100 due to rounding):

Customer Inquiries: Forty percent of all respondents indicated that customer inquiries increased during the second quarter of 2022 compared with the same quarter in 2021, with 11 percent indicating an increase of more than 25 percent. Twenty-nine percent of respondents reported a decrease in customer inquiries during the same period, and 31 percent indicated no change in activity.

* The index is based on a zero to 100 scale, with a score of 50 or higher suggesting expansion or optimism, while a value below 50 indicates contraction or pessimism.

Monthly construction input prices decreased 2% in July, up 17% from a year ago, says ABC