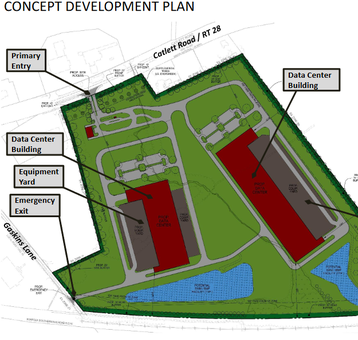 Plans for a new data center project in Catlett, Fauquier County, VA have been submitted, with two structures each having a value of $135 million — making them the largest commercial construction projects to enter planning in February, according to Dodge Data and Analytics.

DCD reports that Catlett Station II LLC is under contract to sell the property to an unnamed “national, well-regarded data center developer” who plans to develop the site for an also-unnamed “very desirable tenant.”

“The proposed development represents a significant, long-term investment in Fauquier County that will generate jobs and tax revenue for decades with little pressure on public facilities and infrastructure,” says the application.

The plans indicate construction on the northern building is scheduled to begin in summer of 2021. The buildings will be air-cooled using little water which is recycled in a closed-loop. The application claims no new power infrastructure such as substations will be needed and discussions with Dominion Energy are ongoing.

The development will support an estimated 350 construction and trade jobs during building work.

Christopher Consultants Ltd., which was used for land planning in the proposals, has previously been involved in QTS facilities in Northern Virginia, DCD says in the published article. Project architect Corgan has been involved in a number of data center projects including Databank, Sentinel Data Centers, CyrusOne, and Cisco.

Nationally, the Dodge Momentum Index rose 7.1% in February to 149.0 (2000=100) from the revised January reading of 139.1. The Momentum Index, issued by Dodge Data & Analytics, is a monthly measure of the first (or initial) report for nonresidential building projects in planning, which have been shown to lead construction spending for nonresidential buildings by a full year. The institutional component of the Momentum Index jumped 26.3% during the month, while the commercial component was essentially flat. 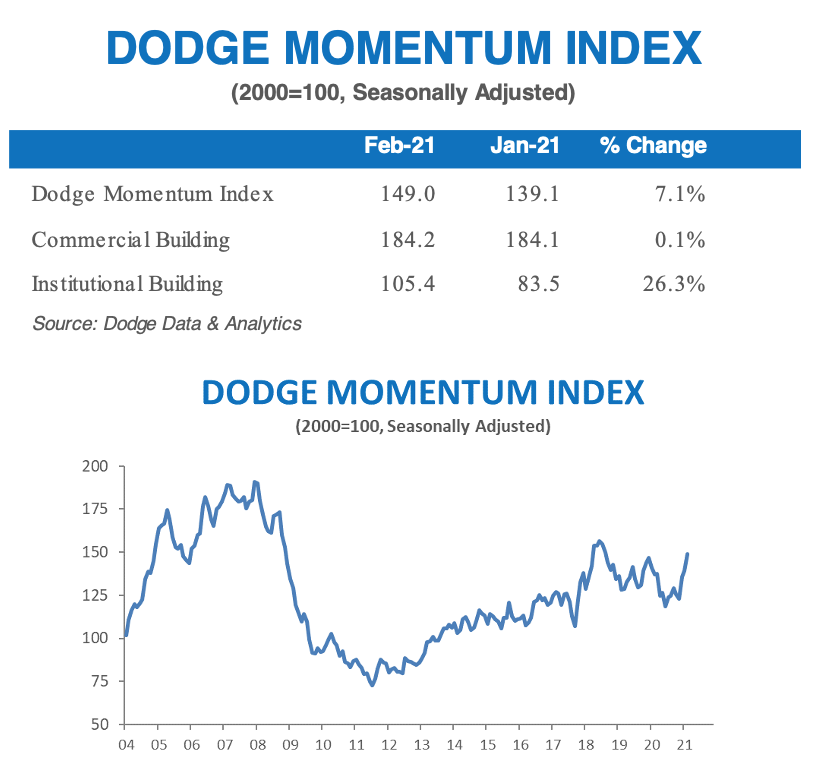 February’s Momentum Index marked the highest levels in nearly three years as a result of a surge in large projects that entered planning. It remains to be seen if this level of activity, especially in the institutional sector, is sustainable given the tenuous economic recovery and rising material prices. Institutional planning projects in February were concentrated in large hospitals and labs, while commercial planning projects primarily included data centers, warehouses, and office projects. Compared to a year ago, the overall Momentum Index was up 9.2%; the commercial component was 15.2% higher, while the institutional component was down 3.3%

Over the course of the month, 14 projects entered planning – each with a value of $100 million or more. The leading institutional projects were the $230 million University of Iowa Hospital in North Liberty IA and the $190 million Ultra Labs Life Sciences building in Philadelphia PA.