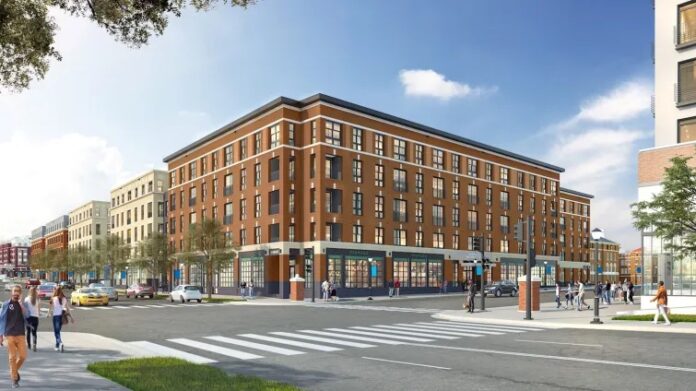 Urban Atlantic and Triden Development Group have received $75.6 million in construction financing for the development of The Reynard, a 344-unit apartment community in Washington, Commercial Observer (CO) has reported.

The Reynard will be part of The Parks at Walter Reed, more than 3.1 million sq. ft. mixed-use neighborhood on 66-acres. The Ward 4 initiiative is a  public-private collaboration between DC and the development team of Urban Atlantic, Triden and Hines.

The neighbourhood, when completed, will include 16 acres of green space, a 130,000 sq. ft. retail area (anchored by a grocery store); more than 2,200 units of townhomes, condos and apartments; ambulatory care by Howard University; a foreign language immersion charter school; and a mix of recreation, arts and hospitality.

“As a later phase project, Reynard residents will enjoy the best of the Parks which will be open and thriving by the time the building delivers,” Mark Simpson, development manager for Urban Atlantic, told CO.