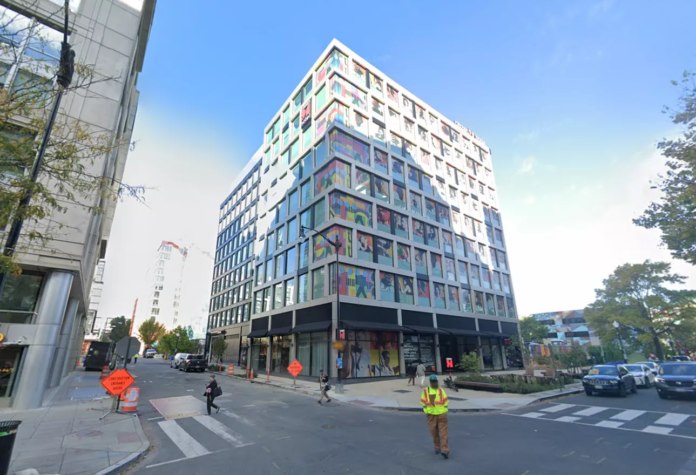 Contractor Gilbane Building Co. has asserted in court filings that Dutch hotel chain citizenM hasn’t paid more than $20 million it owes for the construction of its newest D.C. hotel at 1222 First St. NE.

The Rhode Island-based general contractor filed a lawsuit in November against a New York-based affiliate of citizenM claiming it is owed for materials and labor required to repair roughly 130 units in the 10-story, 296-unit NoMa hotel from rain damage at the construction site, Bisnow.com has reported.

The published report says Gilbane declined to share details on the lien or lawsuit.

“We hope this matter will be resolved soon and cannot provide further comment at this time,” a Gilbane spokesperson said in a statement.

CitizenM didn’t respond to a request for comment. It announced the hotel’s opening in September, nine months after initial projections.

Problems reportedly started in the Spring of 2021 when rainstorms damaged the construction site. While OSIB Washington DC had an insurance policy with Allianz Global Risks US Insurance, the insurer declined to fully cover the damage.

“OSIB filed a lawsuit May 26 against Allianz alleging it was wrongly denied an insurance payout for the damage,” Bisnow reported.” Gilbane filed its first mechanic’s lien against OSIB the following day alleging it was owed nearly $15.3 million, a total that rose in subsequent filings.”

Altus Realty acquired the site of hotel at the former Ibiza nightclub for $10.5 million in 2018.