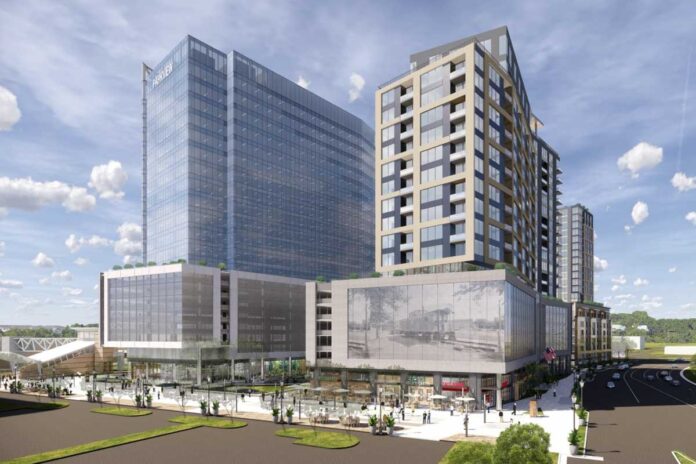 The Herndon Town Council has unanimously voted to launch more than a million sq. ft. of new construction at the Herndon-Monroe Metro Station.

Lerner Enterprises will build at three residential or office towers as part of its five-acre Parkview development. The developers aren’t certain yet whether there will be three office buildings, or a single office tower alongside two residential towers.

Northern Virginia Magazine reported on Aug. 12 that the structures will replace an office building and parking area.

The proposed project will include a central pedestrian plaza to connect the three buildings, each with heights between 225 and 275 feet. There will also be an estimated 10,000 to 12,500 sq. ft. of retail space.

“You always put really high-quality facilities in,” Herndon Mayor Sheila Olem told the developers of Lerner Enterprises, which first proposed the plan in 2019, according to FFX Now.