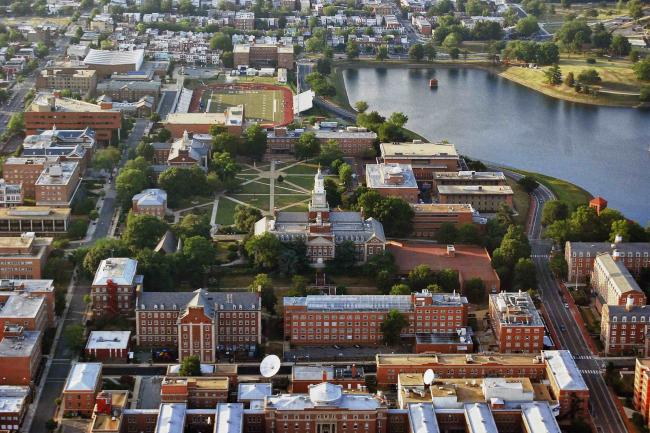 The university will invest $785 million to build three new multidisciplinary academic halls and renovate several existing structures, including the historic Myrtilla Miner Building, which sits prominently on Georgia Avenue, that will house the School of Education and the Howard University Middle School for Mathematics and Science. The new academic centers will house teaching and research in health sciences; arts and communications; and associated science, technology, engineering, and mathematics programs. The new construction projects are slated to begin this year and are expected to be completed by 2026.

“This is a watershed moment in the history of our institution,” university president Wayne A.I. Frederick said in a March 23 statement.

“Because of the tremendously enhanced financial posture we have worked so hard to achieve, the state of the university has never been stronger. The leadership of our board and executive team, along with the caliber of students we have enrolled, the illustrious faculty we have assembled, the dedicated staff we have hired, and the committed alumni base we have cultivated, presents an opportunity for us to solidify Howard’s status as one of the preeminent institutions of higher education in the country.”

In conjunction with the priorities established in the Howard Forward strategic plan, this is by far the largest real estate investment in Howard University’s history, the university says in a statement.

“The historic investment is part of a phased Central Campus Master Plan (CCMP). Announced in 2020, the CCMP serves as the university’s roadmap for the long-term transformation of Howard’s main campus through capital improvements that align with the university’s mission and vision. These efforts are made possible in part because of enrolment growth, increased philanthropic and public investment in the university, and the University’s efforts to build financial strength as outlined in the five-year strategic plan.”

In February, the university announced a shift in its national bond ratings by the Fitch and Standard and Poor’s (S&P) credit agencies from stable to positive. Both agencies affirmed Howard University’s $300 million series 2022A taxable bonds, which will support the campus master plan’s first phase.

The bonds are a critical component in the financing plan that will support the implementation of the CCMP.

Howard constructs new academic buildings for the first time since 1984

Howard University will construct new academic-targeted centers on its campus, marking the largest investment in academic classroom space in 38 years.

This investment will contribute to the university’s growing $2 billion portfolio of real estate and other assets, the statement says.