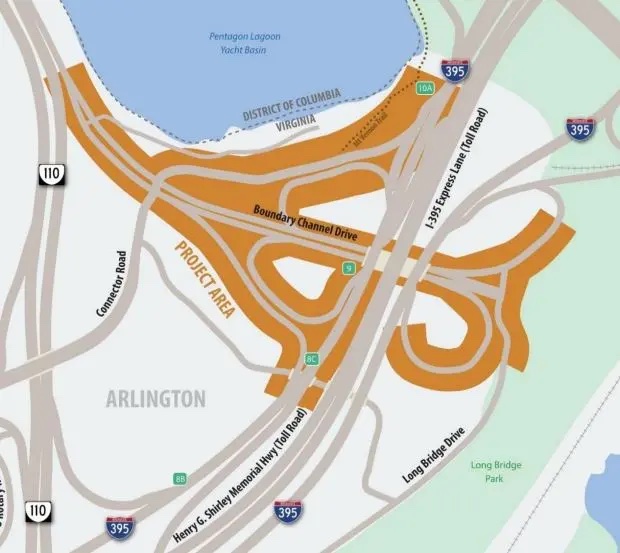 The Northern Virginia Transportation Authority is joining Arlington County and the Virginia Department of Transportation (VDOT) on Sept. 28 to celebrate the start of construction on the interchange improvements at Boundary Channel Drive and Interstate 395 project in Arlington.

The $19.6 million project will seek to reduce congestion and improve safety for drivers as well as pedestrians, bicyclists and transit riders, Patch Arlington has reported. VDOT is administering construction of the project, which began the week of Sept. 12 and is expected to be completed fall 2023.

The website reported that a ceremonial shovel toss will take place on Wednesday in the parking lot at the Long Bridge Aquatics & Fitness Center at 333 Long Bridge Dr, in Arlington. Arlington County Board Chair Katie Cristol, VDOT Deputy District Engineer Bill Cuttler and NVTA CEO Monica Backmon will be speaking at the event, along with other local officials.

NVTA is contributing more than $4.3 million in the project. The transportation authority has invested in 20 multimodal projects in Arlington County, which include interchange improvements, transit, bike/pedestrian facilities, and transportation technologies, all totaling nearly $300 million,

The project also features a new shared-use path linking the Mount Vernon Trail to Long Bridge Park, ultimately connecting with the existing one that parallels the southbound George Washington Memorial Parkway ramp to I-395 southbound