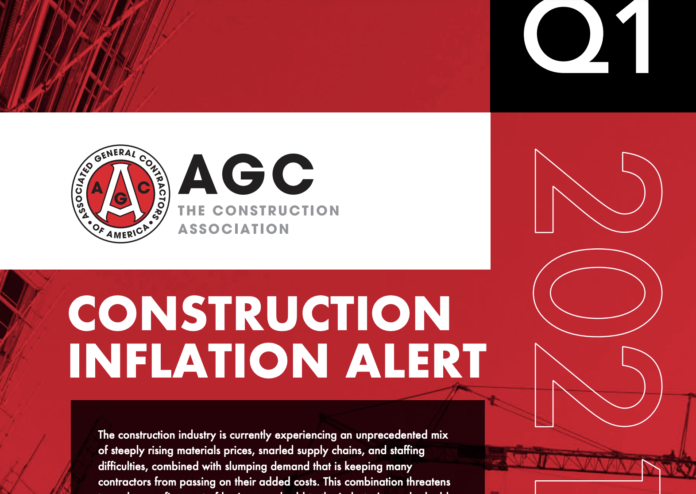 The metropolitan Washington area has fared relatively well for construction employment levels during the COVID-19 pandemic, according to government employment data analyzed by the Associated General Contractors (AGC) of America.

Nationally, the Washington-headquartered association says clouds are on the horizon with supply disruptions and price inflation on construction materials.

“Today’s figures show most states are still far from recovering the construction jobs lost a year ago,” said Ken Simonson, the association’s chief economist. “The overall economy is recovering, but huge price spikes and ever-lengthening delivery times threaten to set construction back further.”

AGC’s new inflation alert documents a wide variety of materials undergoing steep and frequent price increases and delivery delays, Simonson said. This combination threatens to hold up the start or completion of numerous projects and add to the downward pressure on construction employment, the economist warned.

Association officials called on the Biden administration to roll back tariffs on a range of key construction materials, including lumber and steel, that are contributing to the price spikes. They also urged the administration and Congress to work together to find ways to ease shipping delays that are undermining established supply chains. This could include providing temporary hours-of-service relief and looking at ways to expand port capacity.

“The coronavirus has wreaked havoc on many supply chains, but some of the price increases are the result of misguided policy decisions, including tariffs,” said Stephen E. Sandherr, the association’s chief executive officer. “Cutting tariffs and addressing shipping delays will give a needed boost to many firms struggling to get back to pre-pandemic business and employment levels.”