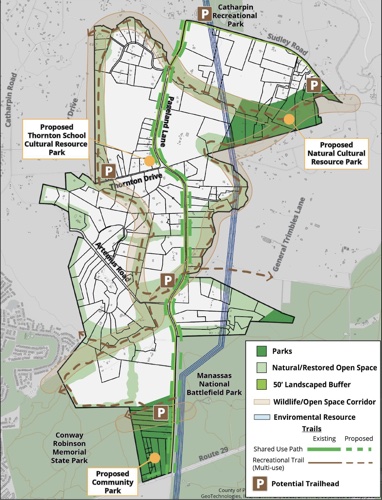 The county’s Board of Supervisors approved the development despite significant NIMBY (Not In My Back Yard) opposition. Anti-data center activists had specifically drawn their battle lines around the historic site, also known as the Battle of Bull Run, ALM Globebest.com reported on Nov. 7.

The  supervisors approved the Prince William Digital Gateway in a  5-2 vote during a 14-hour session. The massive data center cluster already has two anchor occupants: QTS and Compass Data Centers, which each will build hyperscale data center campuses encompassing 18 million sq. ft. and 1,000 MW of capacity on 1,636 acres of the new Gateway zone, the published report says.

Prince William’s board revised the county’s land use master plan to allow for the rezoning of 2,139 acres of farmland, homes and protected forest known as the Rural Crescent, which stretches from the Manassas battlefield in the south to Route 234 in the north.